This week in #MakeoverMonday I worked with data about internet penetration. This dataset is from interesting source of public data called Knoema.

Original vizz consists from interactive map which shows percentage of internet users in countries from 1960 to 2015.

I like the map vizz and possibility to select particular year. But it is difficult to :

So to reveal this insights was my goal for this week.

The first thing I noticed were missing data for some Years. Therefore I decided to use only data from 2010 to 2015.

And data for some Countries was missing also.

In some cases not fully (only for some Years). But because I wanted to show difference between Years, I decided to filter out Countries with incomplete data.

I calculated number of  null and zero records per Country and then filtered out Countries with count higher than 0.

My idea was to create vizz from this parts:

Map and filter for year

Create the map is easy task. But because I wanted to work with Year across all parts of vizz (even in text fields) I created the parameter for year.

I separated Number of users in particular Years.

And created calculation for Number of user in these Years.

Then I used this new measure to create the map.

I used again the same calculated field. To show only 5 top (or bottom) I created set from Countries and used it in filter.

Countries with the highest increase of internet users

Because I decided to show Year to Year difference without table calculation, I created new calculated field which I used to create bar chart.

And after putting elements in one dashboard and some formatting, this is the result.

I’m participating in MakeoverMonday project (not as regularly as I wish) and I often feel the need to modify/improve vizz which I created in particular week.

When is this feeling strongest?

Many  times I don’t do it, but with vizz for 17th week I finally did it.

The topic for 17th week was interesting for me because it was about Skill in demand and data sets were from LinkedIn’s annual Top Skills reports from 2014, 2015, and 2016.

I was inspired by the original vizz.

But I wanted to show which skills appeared on top position the most times and also their position during years in all countries in one dashboard. First I expressed my intention by this vizz:

At first I was quite contented, but as came feedback from my colleagues, when I saw other vizzies and especially when I read article by Andy Kriebel I decided that I have to improve at least few things:

So here is my second try:

Thank you Eva and Andy for leading this project and whole community for sharing inspiration, techniques and feedback. It is great space for learning.

This week I’ll describe solution I have discovered few days before, when I worked on visualization where I wanted to compare variability of selected measures between 2 competitors (in case below I’ll use Global Superstore data and compere 2 Countries)

I wanted to meet these conditions:

Note: In this example I connect Orders table twice (as 2 Data Sources) and for one case set in Data Source Filter value for Country on United Kingdom and for second on United States.

Using Parameter for selecting the Measure

I wanted to use 3 measures and let user to select which will be displayed. So I created the Parameter this way:

After I clicked on OK the Parameter appeared in Data panel. I right clicked on it and selected Show Parameter Control to display it in my Sheet.

To be able to use selected measure in my vizz I had to created Calculated field.

And I was ready to build the vizz

Then I repeated the same set of steps in second Data Set to create same chart for second country.

I put both charts into dashboard, added Title (I used Parameter also in title to make clear which measure is displayed) and did a little bit of formatting.

The last thing I had to solve was different range of axes for both chart, because otherwise was difficult to visually compare both countries.

I decided to solve it by finding Max and Min value of Selected Measure in both countries and then use this Measures as Reference line in both charts.

First I calculated Min and Max value in each country. Below is example of calculation of Max value in UK dataset. Because I was interested in value for whole Order I aggregated measure on this level by function FIXED.

Then I found Min and Max value in both datasets. Below is example of calculation of Max value.

Finally I got the required result. User can select measure and the axis range for both counties is aligned.

This week I decided to take Makeover Monday little different than usual. The goal of this regular activity is to improve skills in data visualization by trying to retell the story of the original visualization more effectively or to find a new story in data.

This week was little bit different to me. When I saw the original chart, I couldn´t help myself but I wanted to create the same type of visualization in Tableau. I have never before created a radar chart combined with the background picture, so it was challenge I couldn’t refuse.

The dataset was simple, 2 dimensions (Social strata and Reason) and 1 measure (Rate). At first I had to find some clue how to create radar chart. Luckily I found a nice article on Tableau blog by Jonathan Trajkovic.

Thanks to trigonometry I can find formulas how to calculate values for both axes. Because I have 8 dimension values, I selected the appropriate formulas. 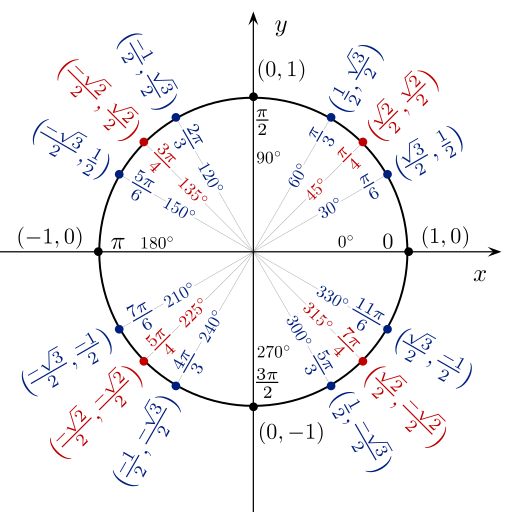 Before I started with the calculations above, I created calculation reason number to make my axes calculation easier (no need to write whole Reason name, but only use one digit number + then I can also sort the reasons).

When I finished the basic version of radar chart, I needed to polish it a little bit to make it understandable for the others.

The last thing I needed, was to add background image with radar lines and dimensions labels.

At the end I put the Sheet into Dashboard, added Legend and Headline and it was done.